Hi, everyone. My name is Michelle. I'm 21 years old and I am a third-year college student. I'm Vietnamese, but I was born in America. I've been learning Japanese for 3 years, but my Japanese grammar is still bad. Learning kanji is also hard. I want to go to Japan in the future. :3 I want to become a translator someday.
好
2点
11 years ago
Napo
Level: 1, 好 : 2
Hello everybody, I'm Napo (it's not my real name, my surname is napoleón :p ) i'm a university student studing sound and japanese in a private institute.
i study a lot of kanji by myself, english is not my mother lenguage ,i live in argentina, i speak spanish.
i use to study everyday on internet, specially here and in Japaneseclass

(the same in spanish) 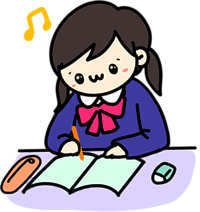 Hi every-one I'm BFA. I'm a 14 year old Brit living in malaysia. I haven't actually got any-way of learning japanese except the help of a friend who referd me to this site and any-where else on the internet. :)
好
2点
11 years ago

Perhaps this thread should be stickied? o3o;
好
3点
11 years ago 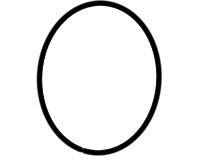 [color=blue][font=comic sans ms][b]Hello everyone, I'm Daniel, and as my nick says, I'm godly xD, haha.
Talking seriously, I have been around renshuu quite a while ago, however, this is the first day I decided to come to the forums so yay!
I, like a lot of people I'm sure come around, study as hard and as much as I can whenever I can, but due to problems with spare time in university I sometimes disappear for months. I think that's all I can say about me, oh yes, I'm planning on taking the JLPT this December (you know, having a deadline really helps with not slacking off) so with that said...I'm off to study ^^

I'm Alex from Texas and I've been studying Japanese for only a year. At school, they offered a "step forward in Japan" class where I took the entire second year of Japanese class over the summer. It featured a 3.5 week class at the university and then 3.5 weeks in Japan. In a way, that was both awesome and a hindrance. While it helped me a lot in practical Japanese I got very behind in my actual class and as such have forgotten (or just never learned) kanji we are expected to know now and grammar points as well.

My display name comes from my online handle "purrdeta" so I katakana-ized it as best I could :).

Anyway, I hope to learn and remember from this site!! :)

I'm from Indonesia ..I started learn Japanese since December 2007 in the Japanese course 2 times in week ..
I was studying for 2 years, and vacuum since I have to take thesis ..I almost forgot what I studied before ..
Wanna refresh my brain and take advance ..


よろしくおねがいします
好
2点
11 years ago
eaperodin
Years Studied: 3 years, self study.
Studying: JLPT N5
Level: 1, 好 : 2
Hey, my name is Edwin and I took Japanese almost a decade ago and decided to brush up. Started studying informally at home and got serious about a month ago.

buzzbird
Years Studied: 3 and a bit
Studying: for the JLPT2 in July 2012
Level: 1, 好 : 5
Hello, my name is Linda. I studied Japanese at Leiden University for three years and right now I'm taking some time off to figure out my next move (and finish that darn BA thesis). I decided to study for the JLPT2 to keep practicing my Japanese and that's kind of how I got here :)

じゃ、よろしくね
好
2点
11 years ago
デビチョ
Level: 2, 好 : 235
Hey there! I'm Devicho, and I'm currently residing in New Mexico after having moved around a bit.

I've not been studying Japanese for very long, and have only been able to self-study so far as I've not found classes, but I've been really enjoying doing so. (As silly as it sounds, I actually like sitting down to take notes and write sentences in my notebook.) I've got a long way to go before I'm anywhere near fluent, but I feel motivated enough to learn that I'm sure if I keep up my studies I'll get there someday. :>
好
2点
11 years ago

fuuly
Years Studied: 6
Studying: JPLT 3
Level: 1, 好 : 2
Hi,
I'm from Argentina like Napo o: I started studying japanese xD long time ago but lately didn't have any time to study, between work and college. I'd love to visit Japan in a near future :)
Now I'm prepairing to re-take N3 and started to practice with this site again :D
好
2点
11 years ago

Hello! I'm an English teacher in Japan, and I've been learning Japanese on an off for almost 10 years now. It's been more of a hobby, so I'm really not good at it yet! But, after being in Japan for over a year, I've decided to get serious and hired a tutor. This led me here, and it looks amazing!

My hobbies are swing dancing, music, theater and shodou.

Mogtaki
Level: 1, 好 : 2
Hello, my name is Jodie and due to living in the Highlands of Scotland, I've never had the chance to study Japanese through schooling. I'm self-taught and have been using a variety of web services to try and brush up, but I'm getting nowhere. I thought by joining a community like this, I may be able to get going and maybe start from the beginning to brush up. I'm an art student on my HND which is proving to be stressful in itself, so I hoped I'd be able to use self-learning again as a means to loosen up and relieve stress.

I have an interest in gaming, anime, collectables, toys, films, comics, illustration, art, comedy, music and the environment (flowers, trees, mountains; I love the countryside).

I hope to move to Japan for a while to study and possibly gain a bachelor's degree in the near future so my stay would be permanent. I'm just so fed up of the EU and its corruption rubbing off onto the people. I know it will be a big step and a lot of hard work, reason why I'm willing to put so much time in my HND and learning the language. I've been quite a few times before, only problem being I was young and surrounded by other English speakers ^^;

ForteReborn
Years Studied: Two months, beginner.
Studying: Japanese
Level: 1, 好 : 3
I am not very socialized to incorporate myself into a standard greeting, I am anti-social, tch, tch.

Recently I have been absorbing into Japanese foreign languages finally after considering much resource from over the years. I covered hiragana, and recently began Katakana after weeks of studying, and dedication.

I take my syntax seriously, and open to any critique if I make a mistake. Please, I will love you to point out any grammatical flaws of me whichever it is necessary; I enjoy learning.

Other things about myself...I was about to go into the professional art business, such as comics, illustrations, but felt it was too complicated, and too distressingly demanding to what I loved to do. I also am a plant enthusiastic, and enjoy culture.

I don't make friends, nor I am comfortable getting close to others. Like I said, I have trouble talking and socializing openly.
好
2点
10 years ago

レイナ
Years Studied: Native speaker
Native speaker Level: 1, 好 : 113
Hello, my name is Reina. As a Japanese native speaker, I have started correcting your sentences as some of you have probably noticed. I will be correcting your Japanese most of the time, but you're also welcome to correct my English if there are any errors in my post:) You can also ask questions to me vie messages. I will try to answer as much as possible.
好
11点
10 years ago
TokyoKitsune
Years Studied: Since 4月 2012年。
Studying: JLPT 3-2.
Level: 1, 好 : 21
はじめまして！ My name is Emelie and I have been studying Japanese for 4 months. I study at Kai Japanese Language School in Shin-Okubo, Tokyo. I am having a great time in Japan. I am from Sweden, so I hope my flaws in English doesn't bother you that much. I mean, we are all here to learn Japanese. This is the first time I try to study online (^_^)
好
6点
10 years ago

emmy
Years Studied: N/A
Studying: Kanji Kentei
Level: 3, 好 : 638
I guess I'm no longer a new member but I realized I never posted to this thread when I joined 4-5 months ago. Like a lot of people here I've never really properly studied Japanese but learned mostly by talking to friends and making new friends in bars in Tokyo :) I had just finished my Masters and was only supposed to be in Japan for 2 months but got offered a job on my second day there so I stayed for 5 years. Last year I moved to Australia (Japanese company) but thankfully will be moving back to Tokyo in December (hopefully after passing N1). Last December I sat for the JLPT for the first time and passed N2. I found this site when I was starting to study for N1 and I'm very glad I did as it's been extremely helpful and people are very supportive of each other :-* I find using a word or grammar structure incorrectly quite embarrassing (not to mention counter-productive to learning a lanaguage) which is why you might find me correcting your mistakes every now and then and I hope you do the same for my sentences :) 宜しく！
好
2点
10 years ago
CarolinaCG
Years Studied: 3
Studying: internet, books, music
Level: 1, 好 : 8
I'm not a new member but I haven't posted here in years. I'm carolina, from Portugal, 20, took JLPT2 but my japanese is probably around N1 level now, going to Japan next month for a whole year to study japanese language and culture. Graduated in east asian studies and doing a "gap year" in Japan before enrolling in a master course.
好
2点
10 years ago
Getting the posts