This topic is tied to the below grammar expression in the grammar library.

Passive
1. Be A-ed (Passive tense), when the action is directed at the subject.
When included, the agent of the action is marked with に
This car was made ten years ago.
2. A is done, A happens
The action is not usually directed at the subject, but has a negative/undesirable connotation.
While I was playing outside it started to rain!
3. A does B
The passive form can be used as an honorific form, so A would be someone above the speaker (boss, customer, etc.)
He drove.
Top > 日本語を勉強しましょう / Let's study Japanese! > Anything About Japanese > Grammar Library Talk

マドゥリ
Years Studied: Since 2010
Studying: JLPT N1
Level: 1, 好 : 208
Does the so-called 'suffering passive' form come under any of the above categories? As far as I understood it, it needs an を before the passive verb - like かばんを盗まれました - and I don't see that in any of the patterns.
好
0点
9 years ago 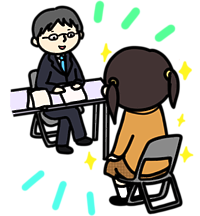 nope, if you're talking about the 'my bag was stolen,' like in your sentence there, it still uses が ー 鞄が盗まれました would be correct there. It's just like in the English: My bag *was taken* - English passive voice.
好
1点
9 years ago
Shadd
Level: 1, 好 : 2
Small correction to make, at the start of section 2. Conjugating the verbs (godan part): "Change the last character from it's 'u' form" should be "Change the last character from its 'u' form" (it's->its). :)
好
2点
8 years ago 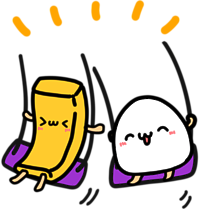 Some of the questions in the N4 area that exercise the passive form require knowledge of use of particles with the passive.

It would be nice if this page also had usage notes as to which particles are used in the passive form.

In this case, there is a mix of two particle usages. The は is indeed described on the grammar page as the thing being acted upon - in this case, the road. The に however, isn't really part of the passive usage - it is the に usage for when you are changing something, like

so, the 通行止めにされる is the passive form of 通行止めにする, or "to close to traffic", or "to make impassible by traffic" (sorry, the "perfect" English isn't coming to me at the moment).

I hope this helps!

I think the passive used as honorific speech is missing here :)

Thanks! Working in Japan, you hear that about 1000 times a day.

I think this page having 5 grammar points is making too many subtle distinctions that are making the learning of this harder because they add mental burden for something for which the distinction is not very clear.
I suggest redoing this page ^_^'
This is how I would present it:

1/3 Direct passive
Someone or something is/was/will be A'd. Note: (In direct passive, the verb is always transitive)

2/3 Indirect passive
A is affected (often in a negative way) by B doing action C. Note: (the verb is not directly affecting A)

3/3 Honorific passive
A does B. The passive form can be used as an honorific form, so A would be someone above the speaker (boss, customer, etc.)

- Most examples are from DoBJG

Thanks for the suggestions. So, the original separations were made after referencing other grammar texts in addition to the DoBJG series. I cannot recall which, but one that I used many years ago explicitly split them apart simply because passive (even in ones native language) is so hard, that making assumptions and saying "oh, the user can see that there are actually two different uses in here" is somewhat dangerous.

Your 3/3 is already separate, so no need to consider that one.

For 1/3, I'd be in the most favor of blending these two. This looks like #1 and #2 on the current list of meanings

For 2/3, though, I feel like these are pretty different. (#3 and #4) #3 is dealing with some action taking place, without any nuance attached to it. #4 is specifically negative, and brings in a third party (unrelated to the action) and shows a negative effect on that third party (usually I).

ok, I've noticed something about point #3 - the whole separation hinges on the fact that the Agent (the one doing the action and marked by に/から) is not mentioned, and the example sentence for that point is 此の車は十年前に作られました。
But that sentence is an example of Direct Passive since it's using a transitive verbs, and it matches perfectly the description of my point 1/3 which is "Someone or something is/was/will be A'd. Note: (In direct passive, the verb is always transitive)" , so we could simply add the note to 1/3 that the Agent (the one that does the verb) can be omitted.
So the sentence I had brought as an example for 1/3 could be 一郎は（花子に/から）騙された。and the sentence currently in #3 would be 此の車は（ホンダに/から）十年前に作られました。(omitted Agent in parenthesis)

On that basis, making a distinction on 3 simply because something got omitted, considering that japanese already had the habit of omitting stuff (particles etc...) in many grammar points, seems excessive to me, a note on point 1/3 would be more than enough to remember that, I think :)