掲示板 Forums - Those fun moments when they don't think you know what they're saying...

Kaji
Years Studied: Since 2000
Studying: N1
Level: 1, 好 : 89
I remember when I was on my way back from Ikebukuro one evening several years ago, I noticed a couple sitting in the corner of the train and saw them pointing over at me. Curious, I decided to listen in a bit...「仏国人？」[in Chinese: "Frenchman?"] Taking Chinese at the time (a story unto itself), I decided to put it to use and somewhat gracefully inserted myself into the conversation: 「我不是仏国人。我是米国人。」["Not French. American."] The couple was taken aback for just a moment, but a brief conversation ensued for a bit thereafter. We were more or less at the limit of my Chinese by that point, but fortunately both parties knew Japanese reasonably well. Anyone else have similarly amusing stories?
好
2点
9 years ago

Kroda
Years Studied: 1 and a half
Studying: JLPT 3
Level: 1, 好 : 56
When I was 10 y/o I went to England with my parents. My english was quite awful back then and I had no other language knowledge aside from my native portuguese. Throughout the time we spent there we ate a lot at fast food establishments cause it was cheaper than eating at restaurants. Once, when it was our turn to do the order at McDonald's, my father turned to me and asked what did I want. Instead of answering to him, I started speaking, in portuguese (I didn't remember where I was), to the attendant*. My father immediatly told me "Ele não fala português!(He doesn't speak portuguese!)". The attendant said to him in response "Falo sim(I do)". Turns out he was also brazilian - what are the odds, huh? We talked to him for some time after that, but he was working and couldn't spend much time doing so. *I'm not quite sure if "attendant" is the correct word here. When I use it I'm refering to the guy that takes the orders at the counter. Maybe it's a false friend to the word "atendente" in portuguese.
好
2点
9 years ago (Edited 9 years ago.)

I actually had a couple of incidents while living in Japan... the first was a couple of people badmouthing us for being foreigners (Americans are so rude, loud, obnoxious, etc), so I went up to them, politely (yup, whipped out the 敬語) asked the time, then told them (again, oh-so-politely) that since you can never be sure of your audience, they might want to take care in the future to not speak poorly of people in their presence ;) The other situation was even more amusing, if somewhat deplorable. A couple of friends and I were heading home on the last train after a night of karaoke, and a couple of American military guys got onto our train, apparently out to go clubbing in Shibuya. They were unfortunately drunk and completely obnoxious (and probably proving the stereotype to people like the above!) - shouting to each other, jumping around the train car (and landing on people!), generally being horribly rude. My friend and I were apologizing to the other passengers, for just being the same nationality as them! After a while, they started talking about us. I don't remember exactly what was being said, but someone said "Dude, they can hear you!" and the guy who'd been talking about us was like, "They don't speak English!" Now, my friend and I are both white as white can be, clearly not Asian by *any* stretch of imagination, so we just looked at each other and said, "umm... yes we do?"
好
4点
9 years ago
natsuu121
Studying: 日本語
Level: 1, 好 : 6
I've never left the US, but I did have friends from a Mexican family when I lived in Missouri. Their parents spoke little English, so I often had to have my friend translate for me whenever I had a question for them. At the time, I knew almost nothing of Spanish. I learned the hard way to be careful in how I ask something. I had asked if a meal was hot (I was meaning spicy, but my friend thought I meant temperature) so after being assured that it was not too hot, I found a very spicy meal awaiting me. I strongly dislike spicy foods, but since I had already been served, I ate it all to be polite. I'm not sure if this is really all that relevant to the topic, but it's all I have.
好
2点
9 years ago

Americans are NOT rude and obnoxious!! 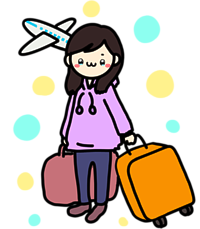 (To the person above talking about Americans) I don't think that's the point...

好
0点
1 month ago
Getting the posts