There are no user-submitted sentences!
Getting the sentences
Construction
(Elements in parentheses are optional.)
ASentence
わ
Basic Examples:
私も行きたいわ (I want to go too)
Notes
The particles ね and よ can be combined with this (when used, they come after the わ).
Where this grammar is found
renshuu schedule packs: N5 Grammar pack
JLPT N5 / Beginner: Grammar for Jumble Quizzes
Beginner Grammar (N5): 13. Particles ね, よ, わ, なあ

Level:
(3 years ago)
Although this わ comes from Kansai-ben, it's becoming more common among young people even in Tokyo.
Keep in mind that this is different from the feminine わ, which is pronounced with a high pitch. 見たいわ➚
This one's pronounced with a low pitch. ヤバいわ➘
Note that when men use this わ, it's usually limited to certain verbs, expressions,
and short sentences (e.g., 帰るわ / 出るわ / ヤバいわ / それはないわ！).
This can convey a slight desire to have one's feelings or intentions acknowledged/noticed.

echoism
Level: 1
(13 years ago)
This is becoming more common in male casual speech as well.

9
Discussion about this grammar

Avi Drucker
Years Studied: 9年間
Studying: 漢字
Level: 3, 好 : 318
Being a guy, and a foreigner, please correct me as I may very well be wrong. In English, I'm familiar with a feminine "girly" speech style, and a more mature "feminine" speech style, though usually it's more tone than word choice. Arguably, it often impossible to tell from word choice alone with some English speakers if they are male or female. I'm curious how feminine speech patters ("wa," "-kashira," etc.) comes across natively in Japan or to other foreigners, any comments?
Report Content
好
0点
12 years ago (Edited 12 years ago.) 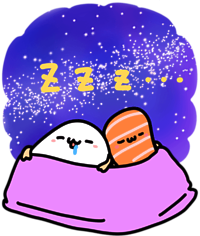 I actually did a paper on just that topic in college - about how translation issues can come up because in Japanese there is the gendered word choices but that doesn't exist in English, so a lot of nuances can end up getting changed.
Report Content
好
0点
12 years ago

it was a lot of fun to write ^.^ it was for a Japanese Pop Culture class, we had to write a paper on a manga, so I chose Ranma 1/2 and the translating issues therein
Report Content
好
0点
12 years ago

This should include the fact it is female speech, DoBJG has this entry as:

"A sentence final particle used in weak assertive or volitional sentences by a female speaker. "
also it repeats it under Notes:
"The sentence particle わ is used only in female speech and expresses the speaker's weak assertion or volition" 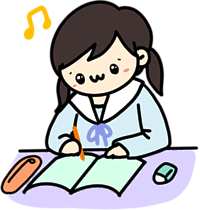 This is *definitely* not true. I cannot speak for the Tokyo dialect, but I've heard male speakers using it (I was in Miyagi at the time). I think it is primarily used by females, but not exclusively. So, I'd prefer to not add/change anything until I can get some more definitive info on it.

this link has some of the major j-j dictionaries: https://kotobank.jp/word/%E3%8...
大辞泉:

It is true that in dialect わ has other usages, for instances quoting a search result online as an example (which agree with other results):
The kansai 「わ」 is used by both male and female, and has no feminine effect even when used by female. The feminine 「わ」 does have an feminine effect, and is sometimes used to signal that the character in a book is a female etc. The two わ are also pronounced differently.

Interestingly, 「わよ」 is exclusively feminine 「わ」. Male usage of 「わよ」 is associated with transgender and homo-sexuality (talents like 美輪明宏 use it, presumably to emphasize their femininity?). Usage of わよ seems to be rare among Japanese female (at least in younger generations).

But if you go the way of including dialect in the grammar dictionary, then I bet the majority of particles would need a bunch of extra definition, which I don't think would be helpful (at this stage)
I think a good compromise would be to phrase it as "mostly used by female"

!!! I just checked the database, and this was in there from the very beginning. Looks like a display issue. Fixing it now!

Edit: It *does* display in the grammar library, just not in the dictionary or term lists. Let me add that to my to-do list.