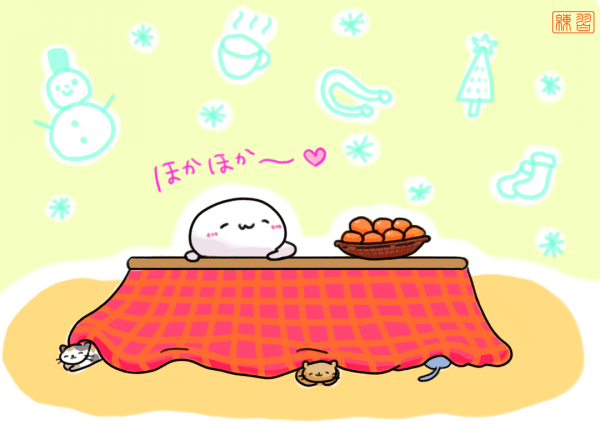 I'm happy when I get into (under) a kotatsu when it's cold.
好
12点
There was a parade going by at the time.
好
7点
Don't make noise when I'm on the phone!
好
0点
While the others were playing, he was the only one studying.
好
0点
I saw a large accident when I was coming home from work.

好
5点
私の長男が生まれた時、私は日本にすんでいました。
13 years ago (1) (1)
てる
好
0点
Suggested improvement:
私の長男が生まれた時、私は日本にすんでいました。 I was living in Japan at the time my eldest son was born.
Thank you for this good sentence. :)
7 years ago
faitht
Studying: JLPT N４
Level: 1, 好 : 2
好
0点
初めてこの本を読んだ時に、びっくりしました
I was surprised (at that time) when I read this book for the first time.
13 years ago (0) (0)
nikkiayyam
好
4点
子どもの時、どこに住んでいましたか。
When you were a child, where did you live?
13 years ago (0) (0)
curtisrollo
好
3点
子どもの時によくテレビゲームをしました。
When I was a child, I often played video games.
13 years ago (0) (0)
sandstone
好
2点
ひまな時、私はテレビを見ます。
In my free time, I watch TV.
13 years ago (3) (3)
ティムシ レーン
Original: 「ひまの時、私はてぇびテレビをします。 」
In my free time, I watch TV.
好
0点
Suggested improvement:
ひまな時、私はテレビを見ます。
ひま (free) is actually a な-adjective, not a noun, which is an easy mistake to make. With な-adjectives, the "な" is included before 時, so the sentence should read ひま_な_時 instead of ひまの時.

The 間 binds the time-frame as an event in itself rather than just referencing the time.
8 years ago

学校に着いたら、先生に聞きます。--- When I arrive at school, I'll ask the teacher.
10 years ago

無風
Years Studied: 3
Studying: ２級, N2/N1
Level: 2, 好 : 91
I don't mean to comment here, but, I had just Ｐｏｓｔｅｄ my sentence and it disappeared. I can only see it under the MY SENTENCES tab, whereas I can usually see it at the top of the page. Is there something wrong? I would have really liked that sentence to be open for reviews since it was a sentence I wasn't entirely sure about. Thank you for your help in advance!
好
0点
12 years ago

宮本勝利
Years Studied: 7
Studying: 漢検２級
Level: 1, 好 : 633
Sentences under My Sentences are viewable to the rest of the community. I think he just sorted it that way so you could find what you wrote a lot quicker.
好
0点
12 years ago

Added the additional ones! I can't wait to get back to Japan so I can buy some grammar books for the news levels. うらやましいなぁ.
好
0点
11 years ago

HenryAgungST
Years Studied: 10年間
Studying: ビジネス日本語
Level: 19, 好 : 20
:D
好
0点
10 years ago
RotaryRyugakusei
Level: 1, 好 : 1
I'm confused about the Adjective+時 part. In the first example, わかいとき (When (I was) young), can わかいとき really mean "When I was young." yet alone "When (I'm) young." Maybe in Japanese you can say this but its a little awquard in English to say "When young" unless your saying "When young, people make stupid choices." (It's still a bit awquard.) Normally, you would say, "Young people make stupid choices." (In English atleast.) As for the "When I was young" part, would you say わかかったとき? There is a descrepincy when using the present and past tenses of verbs so why wouldn't you use it for adjectives as well? I hope I'm being clear enough. I tried coming up with an example of my own to be a bit more clearer. If I was to say うれしいとき (When I'm happy) but wanted to say "When I was happy" would I still say うれしいとき or うれしかったとき? If it is correct to say うれしかったとき then わかいとき wouldn't translate to a past tense English meaning as well right? お願いします
好
0点
8 years ago

できるだけ
Years Studied: Never enough!
Studying: 漢字
Level: 28, 好 : 560
Unfortunately, Japanese doesn't use tense the same way English does, so trying to translate directly will often mess you up. In English, when you're discussing the past, both the main verb and the verbs in any subordinate clauses (things like "when I was young" will both be past tense. But in Japanese, the tense of any subordinate verbs (or adjectives) depends on their temporal relationship to the main verb. If they are occurring concurrently with the main verb, they will be in the present tense; if they're in the past tense, it means that they occurred before the main verb. So you'd probably see 若い時 in a sentence like this: 若い時、お寿司が嫌いだった。 When young, I hated sushi. The main verb, だった, is past tense, so that makes the whole sentence past. 若い is present, not past, because the hating-sushi and the being-young occurred at the same time. As for your other concern - [quote]Maybe in Japanese you can say this but its a little awquard in English to say "When young" unless your saying "When young, people make stupid choices."[/quote] Right - it's awkward in English, but you can say it in Japanese. Japanese tends to omit subjects where they can be reasonably inferred from context. You could theoretically say 私が若い時 or 私の若い時 if you wanted to be really clear about the referent, but you will only really see this kind of word-for-word correspondence with English when... they are trying to approximate English grammar as literally as possible in Japanese, generally in English classes.
好
8点
8 years ago

IJamLegend
Years Studied: 三年間ばかり勉強しています。
Studying: anything that catches my eye
Level: 1, 好 : 48
what's the difference between the dictionary form and the continual form? Does it have exactly the same nuance as the English examples? e.g. 1. うんてんする時、気をつけて。When driving, take care. 2. うんてんしている時、気をつける。When (I'm) driving, (I) take care.
好
0点
7 years ago (Edited 7 years ago.)
Ta
Level: 1, 好 : 0