Like A; Seems A; Appears to be A
Used for information directly seen/heard/etc. by the speaker 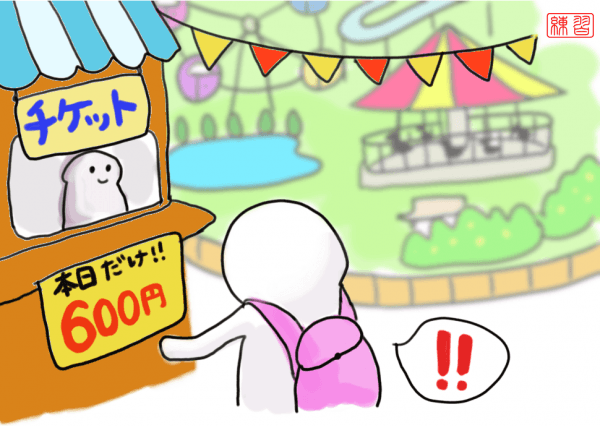 It seems like you can enter for 600 yen today.
好
4点
She's good at singing, like a (professional) singer.
好
4点
This tea is a coffee-like color.

みたいに is used to say that the subject "does/did do something like something". For example:

While みたいな is used to say "like".
For example:

Although みたいな is much like みたいだ, the difference between the two is that みたいな allows you to expound on a sentence.
For instance:

I hope you found this helpful!
9 years ago
Lang_learner - Level 1
Discussion about this grammar

Are they essentially the same?
好
1点
12 years ago

そう is based on visual information by the speaker, whereas みたい does not have that restriction :)
好
3点
12 years ago

No - みたい is not an i-adjective, so it cannot be conjugated in that way.
Instead, it would be みたいじゃない
好
5点
10 years ago

Tanooki
Years Studied: ~5
Studying: Intermediate Japanese
Level: 5, 好 : 72
Aah, okay. thank you for the clarification! That was my second thought on how to make it negative.
好
0点
10 years ago
Lang_learner
Years Studied: 2 years
Studying: Grammar and vocabulary
Level: 1, 好 : 56
I notice that you do not have the grammar pionts みたいに and みたいな in the grammar library. Although they seem simular they are used in different ways. みたいに means "to do something like something". For example: 女の子みたいに踊るよ。"You dance like a girl." While みたいな means, "～like". For example: モデルみたいな女性です。A model like girl/ a girl that looks like a model. みたいな allows you to expound on a sentence, for instance, あなたみたいな人がすきです。"I like people like you". Thought I'd bring it up. :)
好
2点
9 years ago

Went ahead and expanded the usage parts, and will adjust the meaning to be a bit more inclusive.
好
0点
9 years ago
elitrope
Years Studied: 4
Level: 1, 好 : 6
What's the difference in using Noun + だった +みたい or Noun + みたい? For example, let's say "刑務所だったみたいに学校" and "刑務所みたいに学校". Would one be "a school that looks like a prison" and the other "a school that looks like it was a prison"?
好
0点
8 years ago

First of, a small note: it should be な if it's preceding a noun (and に if preceding a verb), generally speaking. I would read the first as 'it's a school that looks like it was (once) a prison. I'm not sure what country you are from, but at least in the states, some restaurants have very distinct architecture, so that even if the restaurant goes out of business and some other company moves in, you can still look at the building and tell what it used to be. I would expect the だった form to be used in a case like that.
好
0点
8 years ago
jamielin
Level: 17, 好 : 0

I'm confused. If みたいじゃない is negative form, then what's the difference between these sentences:

I came across the sentence in Tae Kim's (the first one). Is the second sentence incorrect? Or have different meaning?
マイコー は 01月 15日, 10:11に
No - みたい is not an i-adjective, so it cannot be conjugated in that way.
Instead, it would be みたいじゃない
と言いました。
好
0点
3 years ago

Ok, so did a bit of research on this one, @jamielin .

The second one doesn't really occur, except for a very specific usage (which I'll get to at the bottom).

If you were to try and translate them literally, the first it "it looks to not be a dog", while the second is "it doesn't look like a dog."

However, you are not negating the feeling/idea you have (represented by みたい), but you are saying that your observation suggests that the thing you are looking at is not a dog.

Now, there is a way to use it, but it doesn't really have anything to do with みたい. You might know that the negative conjugation can be used to elicit a response from the other party*

In this sense, you could attach じゃない to the end of the phrase to say that you think it is  dog, and you're looking for confirmation from the other party.